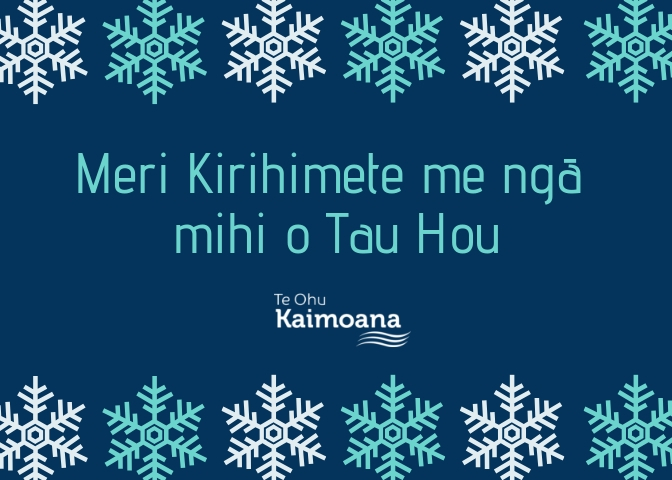 I would like to take this opportunity to thank Iwi for their valuable contribution throughout what has been both a challenging and rewarding year for Te Ohu Kaimoana. Iwi Input and feedback continues to help shape our organisation and vision and inform our responses to Government agencies on decisions that affect Māori rights in fisheries.

This year was one of monumental change for us, working with a new Government, new staff, new agencies and new relationships. I would like to thank my staff for their tireless efforts throughout the year, and the Board of Te Ohu Kaimoana for their support.

I wish you all the best as we head into the Christmas and New Year break. Take care of yourselves, your whānau and your friends and enjoy the summer.

Our office will be closed from 24 December through until 7 January 2019 but we look forward to working with you in the new year.

After 18 years at Te Ohu Kaimoana, Alan Riwaka has recently accepted a new role as the Chief Executive of Te Runanga o Ngāti Whātua. Alan has been at Te Ohu Kaimoana since 2000 and has worked tirelessly to protect and promote Māori rights in fisheries.  His specialist areas involved fisheries management, including rock lobster, pāua, eels, developmental fisheries such as geoduck and surf clams, and customary non-commercial fisheries.

Alan’s extensive knowledge, passion, dedication and networks have been instrumental for us in many key areas throughout his tenure and he will be sincerely missed. We wish Alan all the best in his new role at Ngāti Whātua, in which he will be home with his wife Terryann and their children. We look forward to working with him in the future. 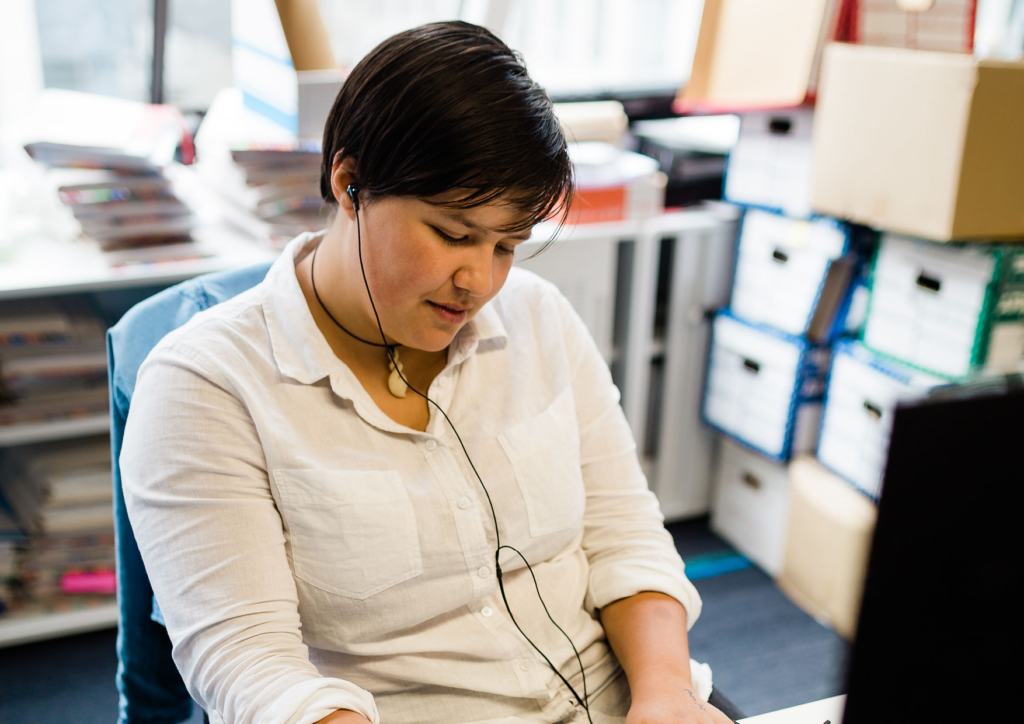 Jaye Barclay has recently joined Te Ohu Kaimoana through Victoria University’s Taihonoa internship programme. Jaye’s role is to help Te Ohu Kaimoana determine its level of involvement with the revision of the New Zealand Biodiversity Strategy. The strategy is being drafted by the Department of Conservation and is set to be finalised late next year.

Jaye has just finished the third year out of four at Victoria University and is passionate about conservation and Māori rights. Jaye wishes to work closely with these kaupapa after graduation in 2020.

Jaye is studying towards a conjoint degree majoring in Ecology and Biodiversity, Marine biology, English Literature and a minor in Māori studies. Jaye has whakapapa to Ngāti Apa and is working to become fluent in Te Reo Māori. Jaye identifies as Takatāpui (they/them pronouns) and is passionate about support and advocacy for the LGBT+ community.

In recent weeks, environmental lobbyists have called for the closure of the CRA2 (Auckland to Eastern Bay of Plenty) Rock Lobster fishery amid concerns that the stocks could become functionally extinct throughout the entire fishery. Te Ohu Kaimoana disagrees with calls for closure as they are not supported by the best available information and view the call as a drastic measure which would negatively impact on the fisheries cultural, social and economic health.

The National Rock Lobster Management Group (NRLMG) along with Fisheries New Zealand (FNZ) have put together a management plan to ensure that the CRA 2 fishery rebuilds over the next 4 – 8 years. The rebuild started April 1, 2018 with a 59% cut to the TAC, which resulted in cuts to the Total Allowable Commercial Catch, Recreational Allowance and other sources of Mortality.

FNZ consulted on proposals to reduce the recreational daily bag limit from six to three rock lobsters and also the introduction of telson clipping as a measure to minimise illegal take from the CRA 2 fishery. We recently responded to the consultation document in support of both measures. You can view our response here. 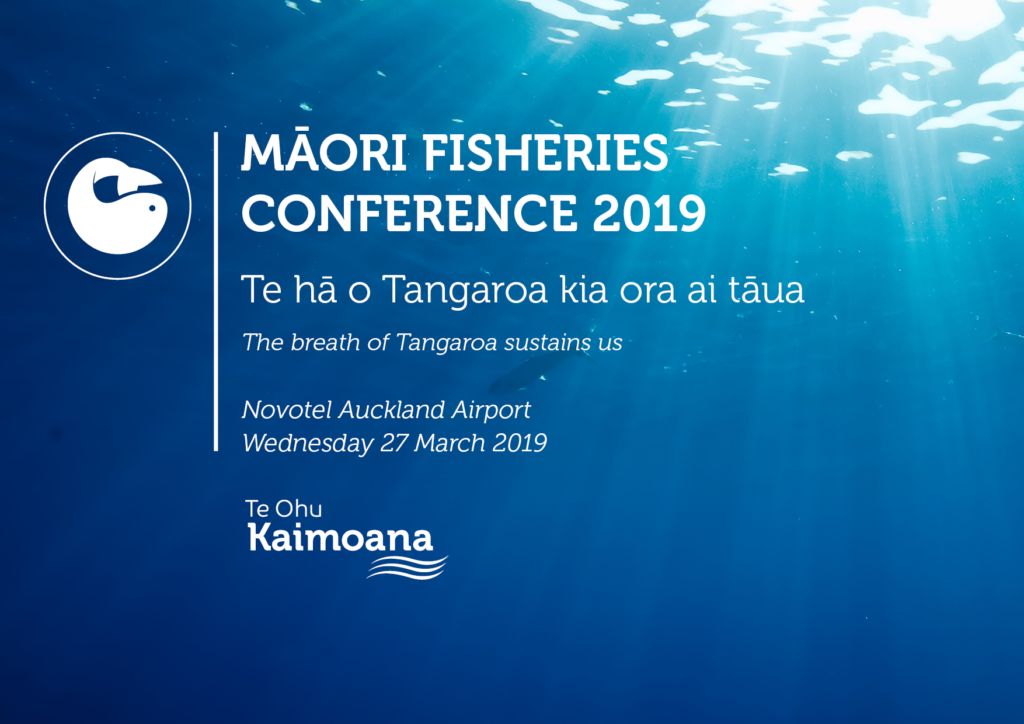 Thanks to the support and backing of our partners, the Māori Fisheries Conference is launching into its ninth consecutive year as of March 2019.  The theme for the 2019 conference is ‘Te hā o Tangaroa kia ora ai tāua’ – the breath of Tangaroa sustains us’ and will challenge us to consider how we apply our Māori worldview within modern fisheries today and for the future. The following events will take place at the Novotel Hotel Auckland Airport, so make sure to save the dates: 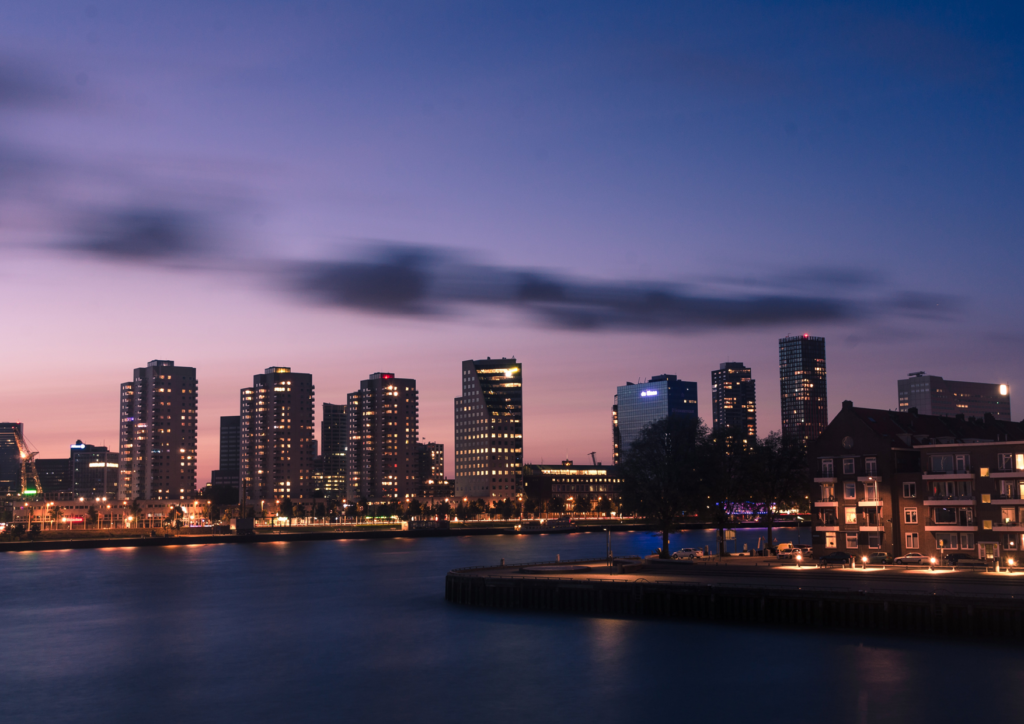 Our Kūrae Moana Kim Drummond has recently been nominated to join the New Zealand delegation to the 7th SPRFMO Commission meeting at the Hague in January 2019. This nomination is currently being considered by The Right Honourable Winston Peters, Minister of Foreign Affairs. SPRFMO is an inter-governmental organisation that oversees the implementation of the Convention that applies to the High Seas of the South Pacific, covering about a quarter of the Earth’s high seas areas. The Organisation consists of a Commission and a number of subsidiary bodies.

Te Ohu Kaimoana has been engaged with the New Zealand officials from across MFAT, MPI and DOC around the development of proposed Conservation Management Measures (CMMS) since late 2017.  Our involvement arose after we were informed that a draft CMM had been prepared that would allow other nations to fish in areas where New Zealand had the sole or majority of entitlements to fish under agreed footprint (or catch history) years.  One of the implications under the draft CMM was that the straddling stock component of the ORH7A fishery managed under a TAC of 1600 t (50% owned by Iwi fishing interests) was proposed to be taken out of the Quota Management System (QMS) and made available to other nation(s) under a competitive fishing regime.  It also proposed to further restrict the areas open to fishing (currently less than one percent of SPRFMO waters).  The CMM was subsequently withdrawn from the January 2018 inter-governmental meeting but an undertaking was given to represent an amended version for the 2019 meeting.

Over the past twelve months, we have been endeavouring to engage with MFAT and MPI officials over the draft CMM.  Our position has been that the SPRFMO Convention, and the issues associated with ORH7A in particular, are of considerable interest to Te Ohu Kaimoana, given the kaitiaki responsibilities that Iwi have (noting that Iwi collectively own 50% of the quota in ORH7A) and that the Fisheries Settlement provided Iwi with a 50% share of a fishing company with High Seas fishing capability.  However, despite our messaging, we were not able to comment on the 2019 version of the draft CMM which will be discussed in late January.

Most recently we have been invited to participate (as a stakeholder) alongside industry interests (in the form of the Deepwater Group and the High Seas Group) in a mediation process that will involve officials from Australia and New Zealand.  This mediation is required because New Zealand officials have been instructed by Minister’s to ensure greater attention is paid to the interests of the New Zealand fishing industry.  The timing of this mediation at the eleventh hour does not augur well for New Zealand’s interests.  There are approximately 100 tonnes of Māori ORH7A quota at stake in the short term and possibly more in the longer term.

It will be important that Te Ohu Kaimoana is represented by an officer that has a sound understanding of the SPRFMO Convention and understands how New Zealand’s interests are best reflected. In addition, the specific arrangements that underpin the management of the ORH7A fishery need to be understood, including the role that the Fisheries Settlement had to play in strengthening the QMS. 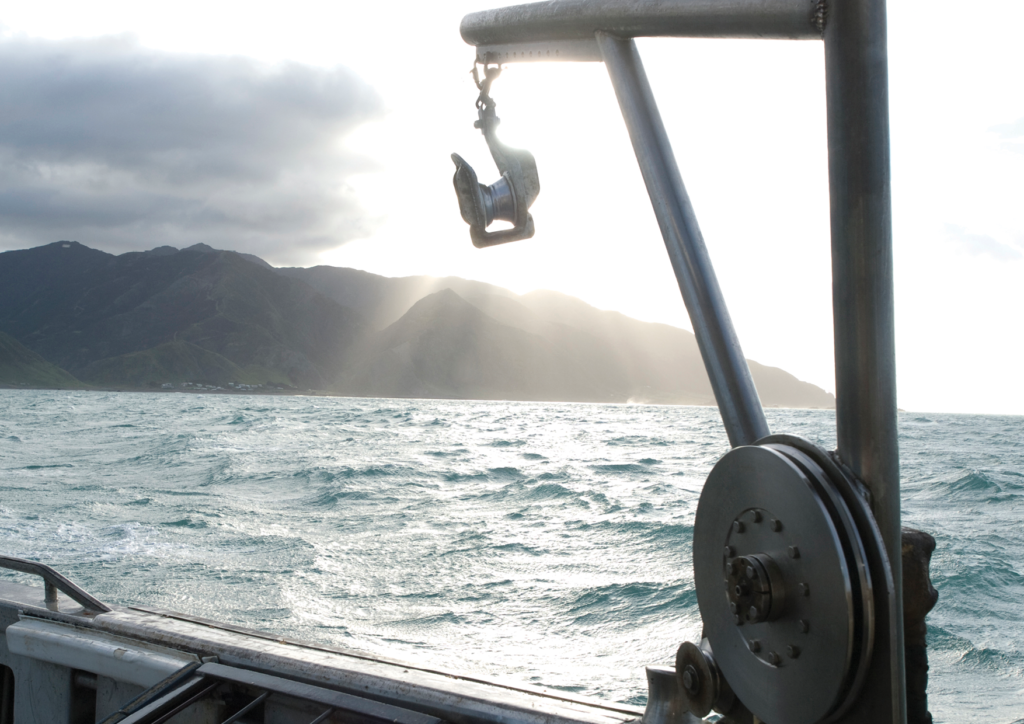 Fisheries New Zealand (FNZ) continue to work towards the rollout of electronic catch and position reporting for commercial fishing vessels for next year. The implementation is being introduced over eight different tiers or stages as of 14 January 2019, beginning with permit holders that possess the largest total Annual Catch Entitlement (ACE) holdings (as of September 2017).

FNZ has developed a technology solutions guide to help operators consider what they will need to cover off through digital monitoring, as well as a list of technology providers interested in providing electronic catch and position reporting equipment. Each of the eight different stages have a ‘can report’ and a ‘must report’ date. The stages and start dates are available here. 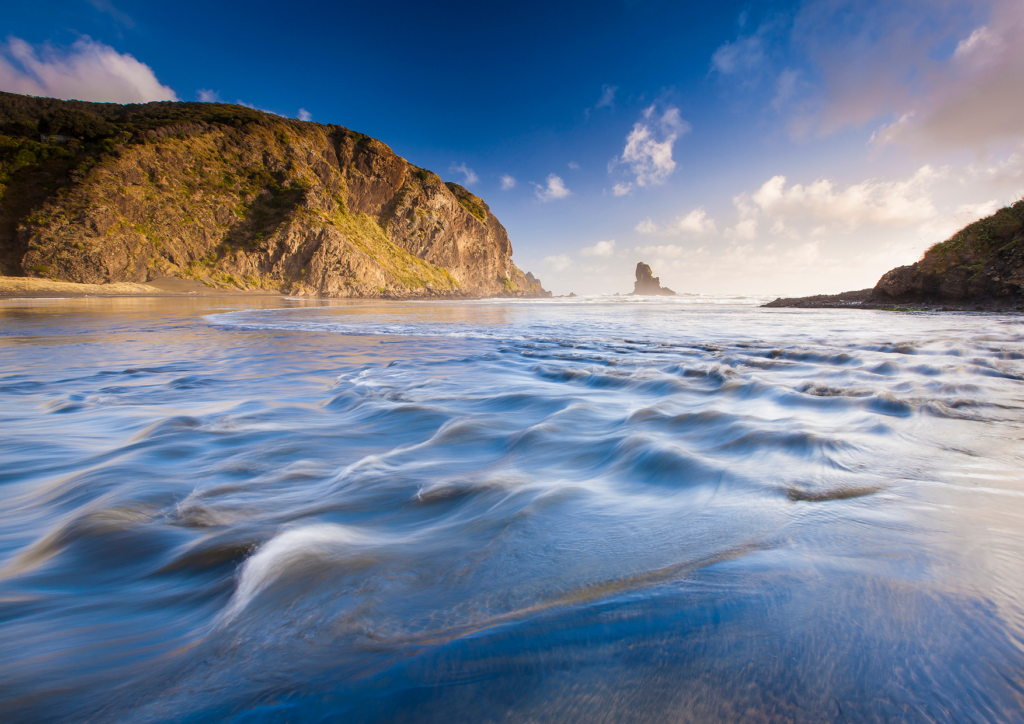 Sustainable Seas is one of several National Science Challenges designed to target a series of goals, which could have major and enduring benefits for New Zealand.    The objective of Sustainable Seas is to enhance utilisation of our marine resources within environmental and biological constraints.

The Challenges consist of two five-year phases of research.  The Phase II Strategy for Sustainable Seas’ second five years has been approved, and workshops are planned for late January and February to co-develop research proposals under several themes, including “Tangaroa” (see here).  Te Ohu Kaimoana participates in the Stakeholder Panel and Kahui, which are part of the governance framework for Sustainable Seas.  We are planning to participate in co-development process to ensure the next phase of research supports the development of customary fishing rights – including their commercial and non-commercial aspects – and in a manner consistent with Maori resource management. For further information contact Kirsty Woods (Kirsty.Woods@teohu.maori.nz) or Tamar Wells (Tamar.Wells@teohu.maori.nz).

The current New Zealand Biodiversity Strategy will expire in 2020.  The Government plans to formulate new national targets for biodiversity next year, leading up to the negotiation of new global Aichi targets in 2020. Te Ohu Kaimoana and Te Wai Māori Trust will be engaging in this process over the coming year to help guide the formation of a revised New Zealand Biodiversity Strategy including revised national targets.

In November we provided DOC with our final comments on their draft National Report on progress in implementing the current New Zealand Biodiversity Strategy (see here).  The report signals some of the key issues that need to be addressed in a revised strategy, including full implementation of the Fisheries Act, which includes obligations in relation to the Fisheries Settlement and management of the effects of fishing on the environment, including biodiversity.

The Government has commenced an engagement process to identify key issues for a revised New Zealand Biodiversity Strategy (see here). DOC has asked Te Ohu Kaimoana how we would like to be involved in the development of the revised Strategy. We are keen to obtain your views on how iwi might influence this process.  In the New Year we will release a short discussion document to iwi to assist further engagement on this issue.  Meantime if you have an questions, please contact Kirsty Woods (Kirsty.Woods@teohu,maori.nz, 04-9319534) or Jaye Barclay (Jaye.Barclay@teohu.maori.nz, 04-2607526).