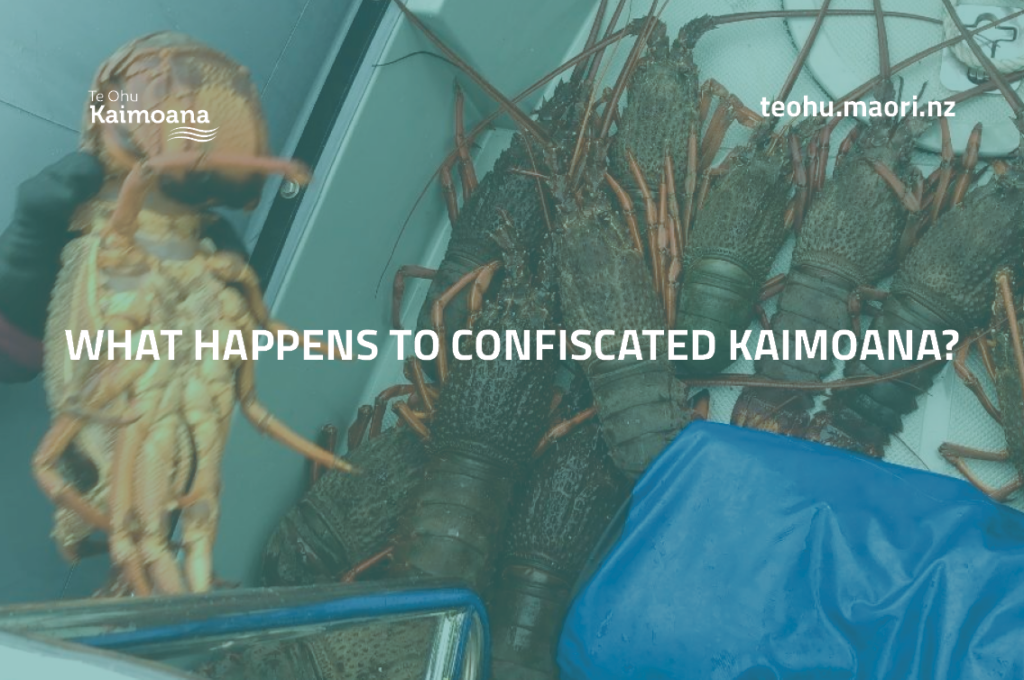 The Ministry for Primary Industries (MPI) revealed on Friday what it does with all the seafood it confiscates from people who are caught breaking the rules.

Because it can’t all just be thrown back in the ocean, the seafood ends up in a variety of different places, depending on the situation, says MPI national manager of fisheries compliance Steve Ham.

Ham says if possible, the catch is put back in the ocean, but often the illegally caught fish will be needed as evidence if a prosecution ends up taking place.

“Of course the court does not appreciate us showing up with a bag of wet, smelly, mouldy two-month-old paua, so the next best thing for our officers to do is to lay out any kaimoana as quickly as possible, take photos to show the court, then put everything back in the ocean if it has a high chance of surviving,” Ham says.

“Usually shellfish and rock lobster will recover if the time out of the water is kept to a minimum.

“If the kaimoana is dead or damaged, we can’t just throw it back in, as it could wash up on the shoreline, so we will take it back to our offices where it is measured, weighed, tagged and photographed,” he says.

“It’s then frozen and kept till the court case is over.”

Fisheries offices around the country have freezers filled with illegally caught seafood, Ham says, with fish and seafood returned to the ocean “every so often”.

“This enables this illegally harvested seafood to enter the food chain in a controlled manner.”

One question Ham says fishery officers are constantly asked is why doesn’t the confiscated food get donated to people in need.

“Sadly, it is just too dangerous to redistribute it or give it away – no matter how nice of an idea it seems,” he says.

“We have no idea how it’s been caught, how long it’s been in the sun and whether it’s been collected or stored in a clean and hygienic way. Seafood that has not been handled correctly could pose a significant health risk.

“We could make people really sick, so that’s why we can’t donate it.”

All fish and shellfish, including cockles, kina, pāua, green-lipped mussels, oysters, pipi, scallops, toheroa, and tuatua have minimum size and daily catch limits, with some region-specific limits also in place. Anyone caught breaking the rules can face prosecution or a hefty fine.